What does a successful written assignment in Law look like?

Here is a sample introduction from a Law essay, with annotations to indicate why the writer has included each section: 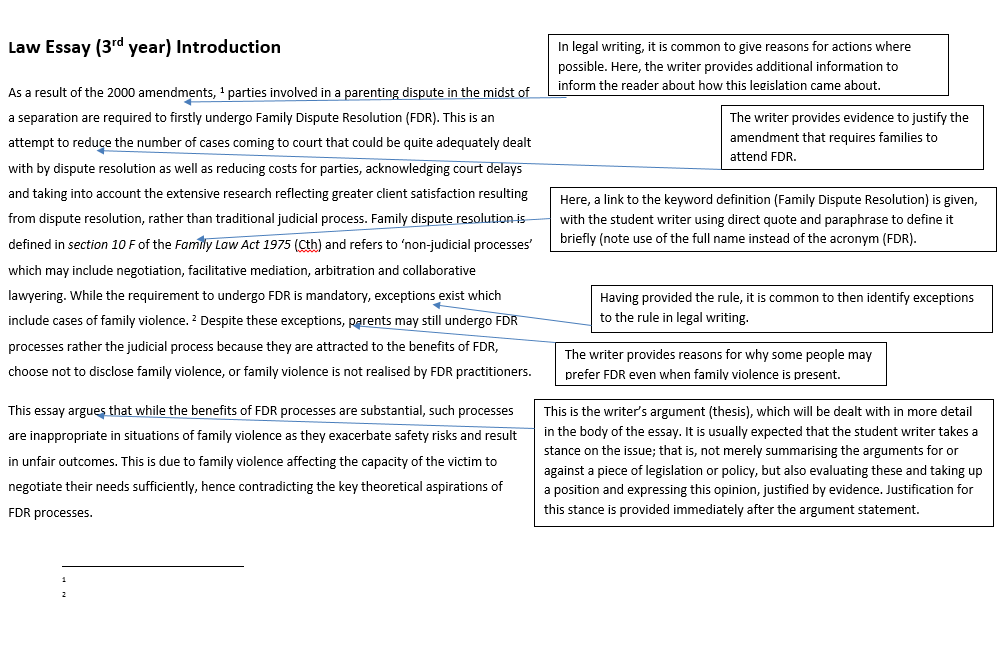 Now consider the following paragraphs from the body of the same essay: 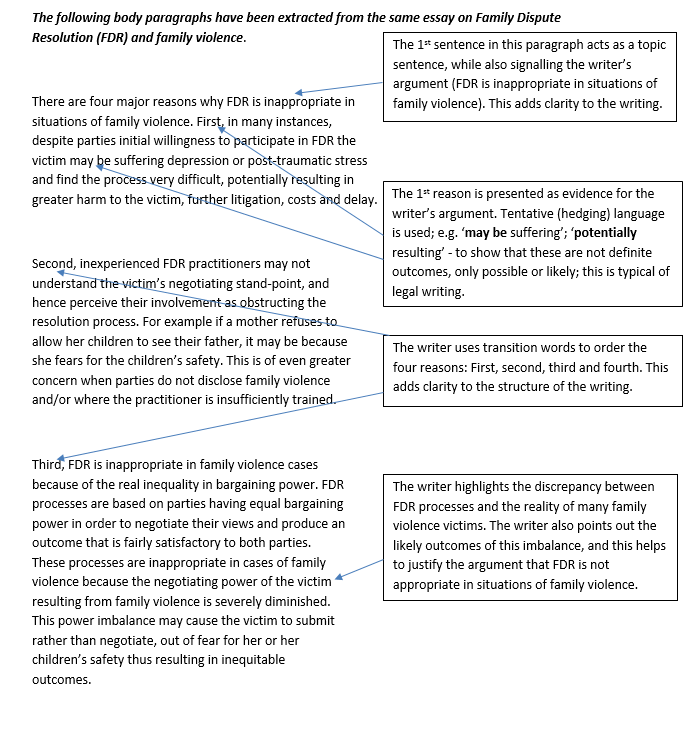 The following  paragraph concludes the essay by summing up the key arguments: 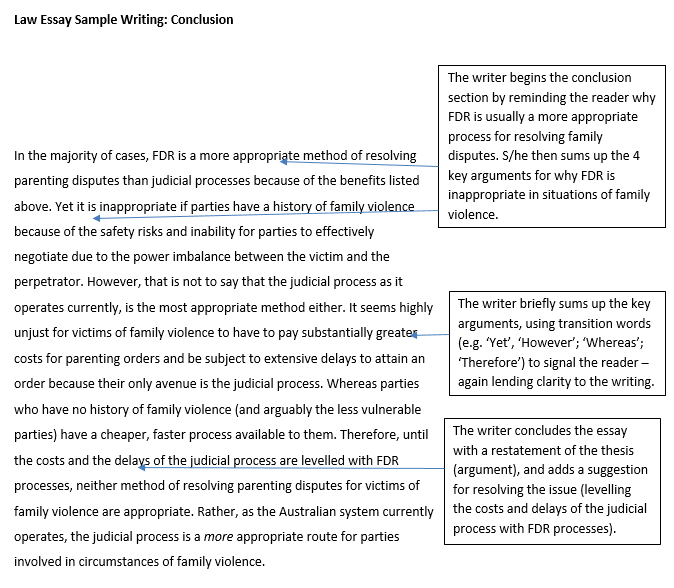 To make your writing authoritative and credible:

Here you can demonstrate to your lecturer that you are aware of the different points of view in the issue and the legal rules that apply to the issue. You need to show that you also have a point of view on the issue – this shows your engagement and ability to critically analyse.

"Often, the logic of your own argument will play an important role in persuading the reader". La Trobe Law School, La Trobe Law Short Guide to Citing the Law, 3rd ed (2011).

In the following paragraph, two authoritative points of view on privacy laws are described, followed by the writer’s own opinion in the final comment. Although it needs a little more detail to be a fully ‘engaged and critical discussion’, the necessary elements are here: contrasting points of view and the (student) writer’s considered opinion.

According to the Australian Federal Police (2012), a surveillance device warrant permits appointees to install and use surveillance devices, including the breaking open of “anything” to install or retrieve a device. However, the Victorian Law Reform Commission (VLRC) finds that surveillance of public places – even telephone booths – can be considered a breach of Australian privacy law.  Accordingly, the VLRC recommended introducing two statutory causes of action for serious invasions of privacy. Clearly, there is a discord between police perceptions of their jurisdiction and the views expressed in the Law Reform Commission paper.

How assignments are graded

Law assignments, like assignments in other subjects, are graded using specific criteria. You can improve your chances of doing well in your writing if you refer to these criteria BEFORE you submit your paper.  Use this as a checklist before you submit the assignment.

Problem questions are common forms of assessment in a number of Law subjects. Although the content differs according to each subject, the format is usually similar: you are given a hypothetical situation that involves a legal problem. Your task is to analyse the scenario and identify legal issues for analysis and discussion. This is often undertaken using the IRAC process: