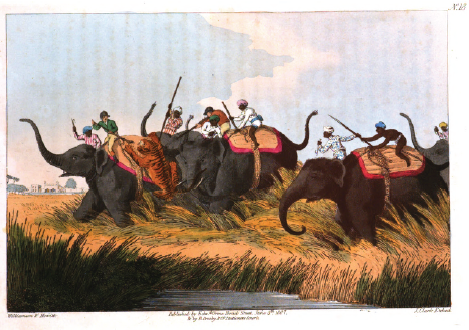 The collection is  strong in the Humanities and Social Sciences, notably the Indian official and census statistics, and the gazetteers of India. Also of interest are:

There are unique resources related to the study of religion in South Asia, covering Hindu and Buddhist studies, which are not available at any Australian University libraries. The Library also holds a significant collection of resources on 20th century Hindi literature.

The collection is also strong in early Buddhism (including the entire Buddhist Canon in several Asian languages) and in Sanskrit literature pertaining to Hinduism and belle-lettres. In addition this is supplemented by extensive holdings of secondary sources in modern European languages.

The Library has also been building up a small collection in Tamil language and the Gandhi collection is very comprehensive.

The collection was given a strong Indian focus from the beginning as it subscribed to the key journal, The Economic and Political Weekly, from the library's foundation. Its continuous commitment to the study of India has ensured that over time, the library acquired a strong collection of monographs, journals, magazines and government publications. When the 1994 report "Results of the DNC Asian Library materials survey" was released, La Trobe ranked after Australian National University and the National Library of Australia in South Asian materials collection size. It was about the same size as the University of New South Wales, and University of Western Australia.

La Trobe staff were invited to speak at the 3rd National Roundtable on Libraries and Asia ([Canberra] : National Library of Australia, [1995]). Then, on June 1 1998, Dr Koganuramath, the University Librarian at the Tata Institute of Social Sciences in Bombay, and Dr Harinarayana, from the Indira Gandhi National University in Delhi, visited the Melbourne campus. Their visit to Australia was funded by the ARC RIEF project: South Asia - renovating the National collection, a project coordinated by Robin Jeffrey, Professor in Politics at the time. This grant provided fellowships for two librarians to visit Australia, to build on links established when nine Australian librarians visited India in 1997. La Trobe University is a member of the National Centre for South Asian Studies.

The Library's collection of books and journals dealing with ancient and medieval Indian Studies is the result of a sustained effort over the past thirty years to build the collection. It initially began in the early seventies when Zahir Ahmad began developing library resources in Buddhism, including some books in Pali. The collection took off in 1985 when Drs. Greg Bailey and Chris Bartley began collecting systematically in Sanskrit literature, Hinduism and Buddhism, as well as ancient Indian history and archaeology.