Why is Statistics needed in Psychology?

What you need to know? What you will be required to do?

For detailed help with Statistics:

If you have not completed Advanced Maths in final years of secondary education, you are encouraged to self-test your Maths foundation skills. Then check you are confident with the concepts covered in this guide. If you identify a concept you need help with, you can find services on the Maths support section and on the Statistics page.

For a thorough preparation for studying STA1STM Statistical Methods as part of your Psychology degree, see the Maths Hub.

This section introduces some relevant research concepts that will be covered in your Statistics subjects. 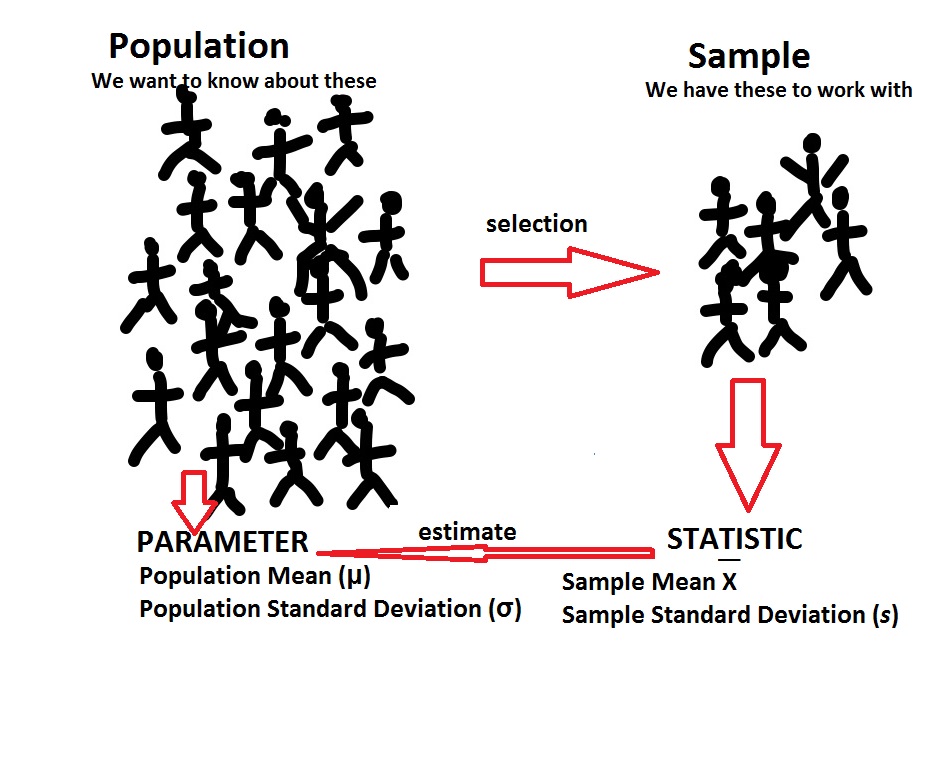 Psychologists usually study a sample of people in order to make claims about the population as a whole. For example, if a researcher would like to know what type of university student is more likely to experience stress before exams (e.g. males or females, young or mature age students…), a representative group of students would be investigated as it would be impossible to access all university students. The entire group of people about whom we want to make a statement (all university students) is the population; the group of students who actually took part in the research is called the sample.

There are two main branches of statistical methods, descriptive statistics and inferential statistics. 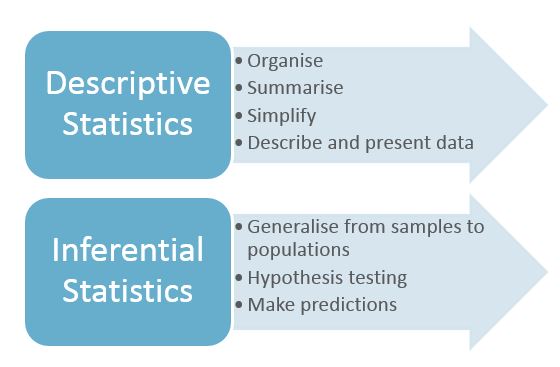 Descriptive statistics are used to summarise and describe data. They go beyond averages and frequencies, and also include measures of variability in the data.

For example, if you achieve 20 out of 40 on a test, and the average score on the test was 28/40, you know that you did worse than the average. However, the average does not tell you whether you did much worse than other students, or only slightly worse. This information is given by the variability in the data. For instance, if 95% of students performed between 24 and 34 out of 40, your score of 20 is not so far from the range of scores of other students.

For example, to assess whether there are significant differences between groups of university students (e.g. males and females) in their levels of stress before exams, inferential statistics need to be employed.

Consider this example of data collected using a questionnaire:

The third question collects numeric data about the anxiety level of participants, measured using a scale. These questions represent the main types of measurement  of data.

Arithmetic and algebra for statistics:

In research studies, factors can found have a positive (+) or negative (-) relationship with each other. For example attitudes of long-term friends to certain issues such as abortion are more likely to be similar than to those of a stranger. This illustrates a positive relationship.

What does 'equal' really means? 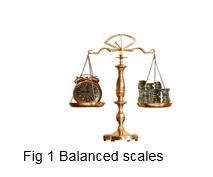 Multiplication and division of +ve and -ve numbers

A square root is written like this √9. The square root of a number is the number, that when squared, equals the radicand number inside the √ . This means √3x3 = 3. In other words 9 results from 3 being multiplied by 3. (See Table 2)

Rule 17:  In an equation where there is a long list of processes, order the steps by following this rule Brackets/of/Divide/Multiply/Add/Subtract 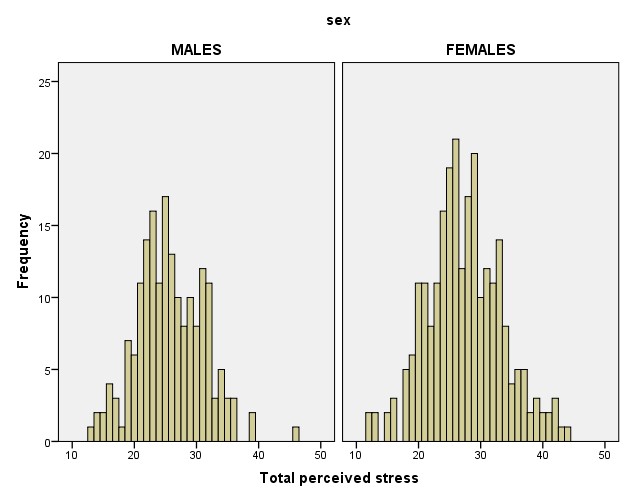 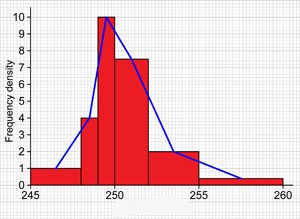 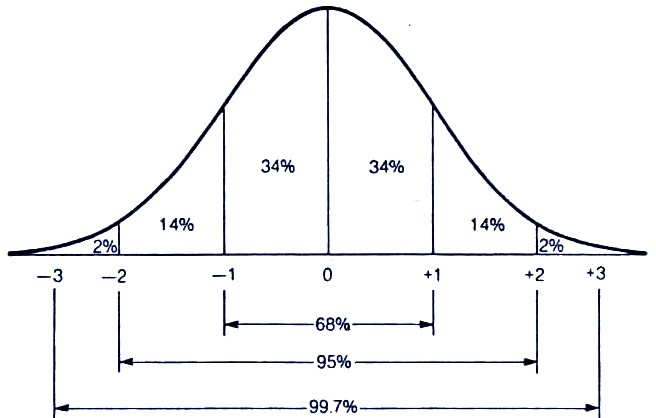 Scores of smaller groups may not be symmetrical and instead produce a skewed curve. 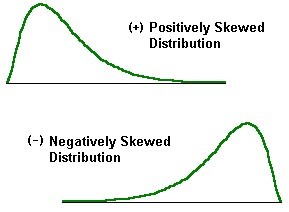 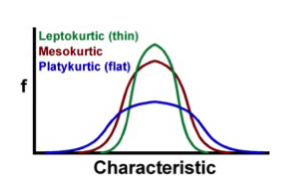 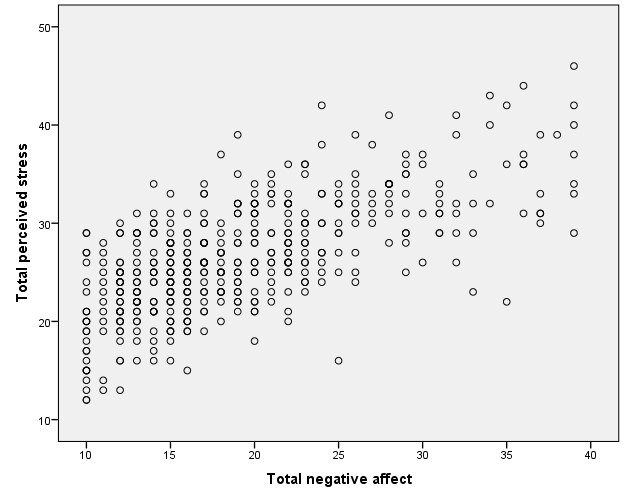 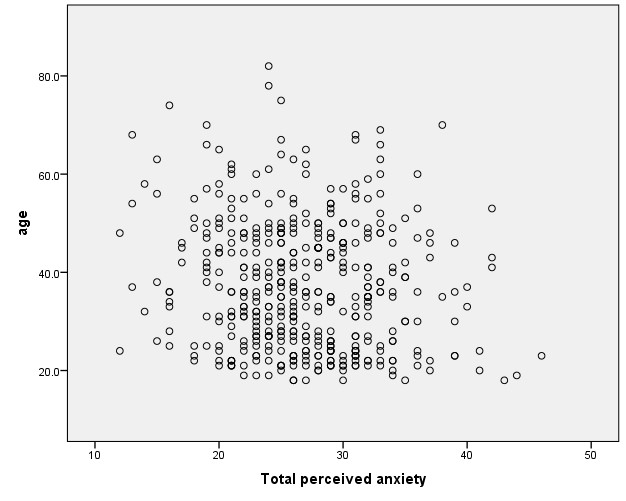 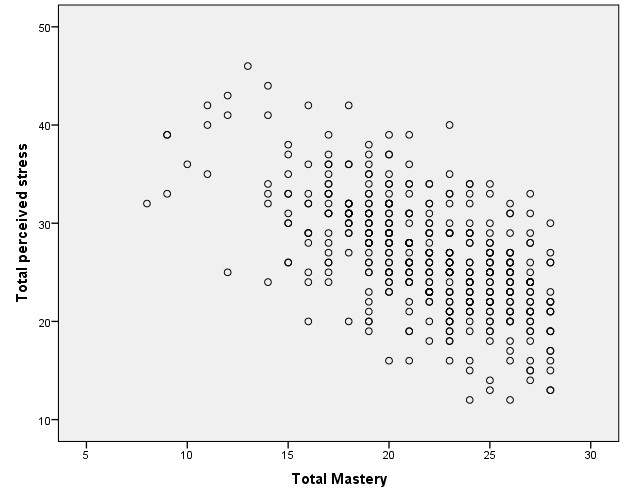 Foundation subjects regularly use statistical measures such as: mean that summarises raw data that has been collected and organised when testing a hypothesis; standard deviation that shows variability from the mean; correlation coefficients that help measure possible relationships between variables that may be influencing the test results; risk ratios that measure the level of chance of something occurring or not; and the statistical significance testing or probability of the observed result being due to chance shown with p values.  These measurements may be demonstrated in Tables or Graphs.

Mean is when all scores that have been collected are added together, then the total ∑x is divided by the number of scores n when x = a test score

Pearson product–moment ( r ) is an example of a correlation coefficient. r is a measure of the relationship between 2 variables where when r=1.00 means perfect correlation (but not necessary the cause) and where r= 0 there is no correlation.

t-test  is an inferential statistic used to determine whether the means of two groups of scores differ to a statistically significant degree. It is used to test the null hypothesis, or that there is no difference in the means of the two groups. The t-test is mainly applied to independent samples where subjects are assignment randomly to one group or another. A measurement of .05 or 5% is large enough to be statistically significant which means the null hypothesis can be rejected. This is written as p<.05.  One–tailed t-test/directional test is used when the direction of the difference is predicted before the data is collected. Two-tailed t-tests are used when there is some doubt about the results being significant prior to testing.

P values   Research scientists generally set the significance value for their experiments at 0.05, or 5 percent. This means that experimental results that meet this significance level have, at most, a 5% chance of being the result of pure chance. In other words, there's a 95% chance that the results were caused by the scientist's manipulation of experimental variables, rather than by chance. For most experiments, being 95% sure about a correlation between two variables is seen as "successfully" showing a correlation between the two. Put simply:

if the p<.05 , the differences in results between cohorts are statistically significant and unlikely to have occurred by chance, but if the p>.05 any difference is due to chance. 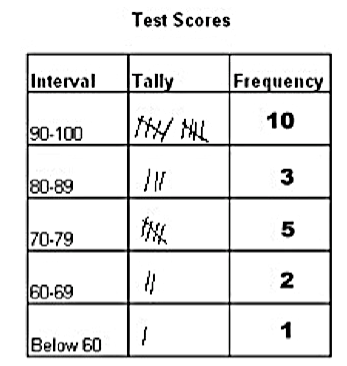 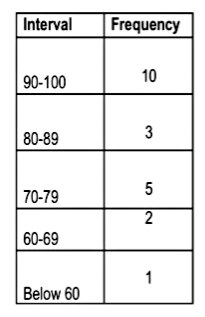 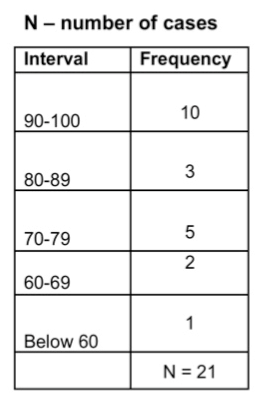 In the example this would be any test score

Help with statistics skills for Psychology

If you have not completed Advanced Maths in final years of secondary education, you are encouraged to self-test your Maths foundation skills. Then check you are confident with the concepts covered in this guide. If you identify a concept you need help with, you can find services on the Maths support section.

For more detailed explanations of concepts try the Statistics Page.

For a thorough preparation for studying STA1STM Statistical Methods as part of your Psychology degree, find out more about SHE Maths Skills Program, Maths Skills for Statistics module.